Hello!
I'm Saga, a Swedish engineering student who wanted a personal website. I'm not sure what will go on here, but it will likely be recipes, things related to meadmaking and programming, and other assorted stuff I like.

and use they/she pronouns 😎

I will not link my github because I'm straight up bad at programming (getting there though!!) and the only repo is an abandoned game, but I will link some other cool stuff below!

Welcome to my home on the Net!

Please excuse how disgusting it currently looks, i just started working on it. 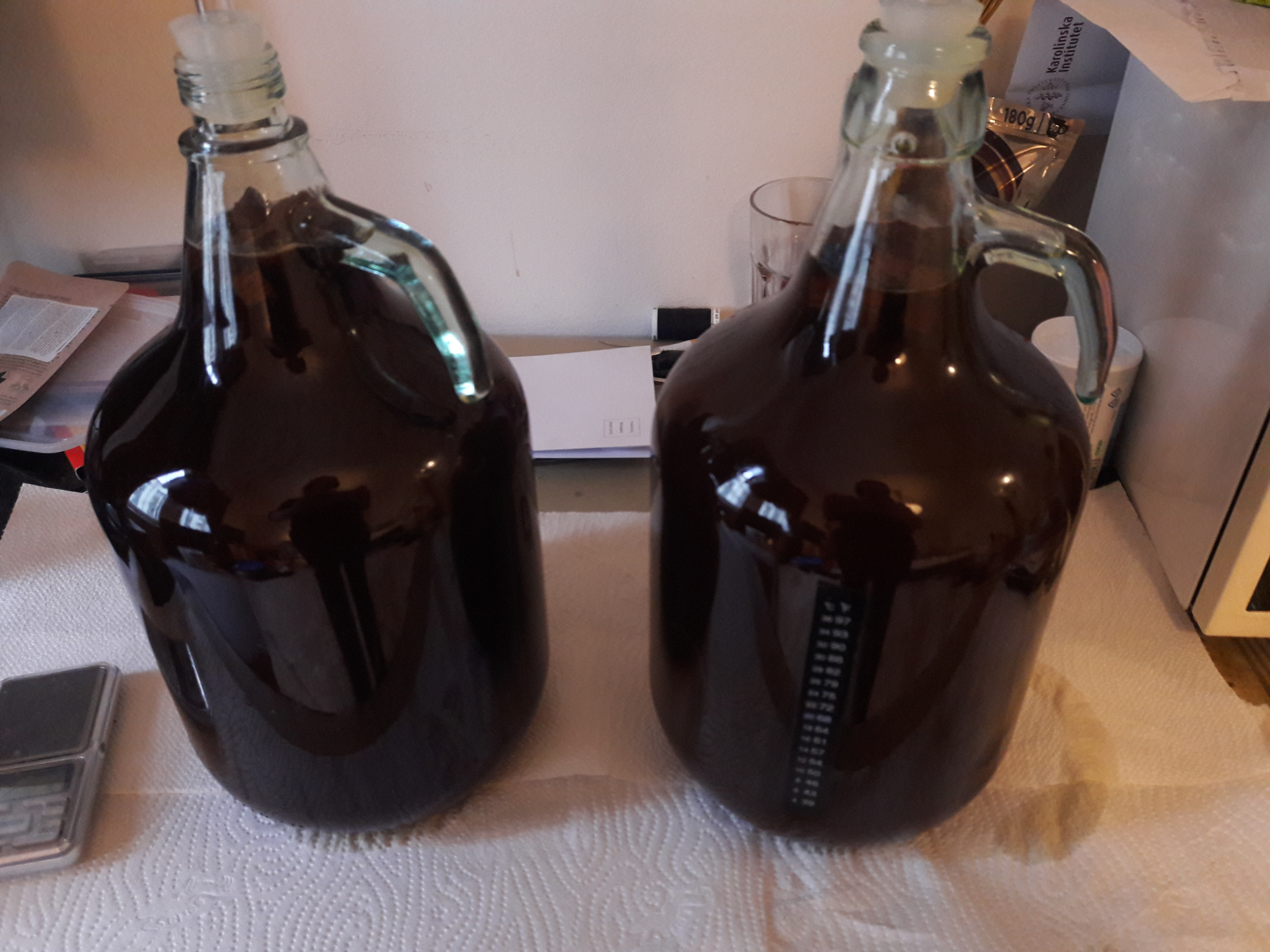 My fourth batch of mead! After one semisweet traditional, one really nice batch with lingonberry and a hopped short mead I had to pour out (it failed to carbonate, and also tasted like burning rubber garbage juice) I decided to try making a bochet. I like smoky, roasted-bordering-on-burned tastes and thus i boiled my honey for two hours before making my must. Into the must went a mix of ancho, cascabel and habanero peppers, and a couple bags of cacao nibs. Fermentation was pretty sluggish, and it stalled out toward the end. I added half a small bottle of slightly boring brandy because i had it sitting around. Before aging it's a fruity, sweet, warming but not really spicy, very full bodied drink. It does have a slightly acrid off flavor i'm not thrilled about, time will tell whether that's a problem after aging. Speaking of, i've put it on oak cubes and plan to sample it next in october. I'll post an exact recipe if it turns out nice after aging!